I went to school in a small town in Hampshire, where IBM was one of the largest employers for the town.  I duly went to do my work experience there in my Sixth Form year, though by the second week, I opted to go to work at St Mary’s Hospital instead, where I spent one day a week for the next two years. St Mary’s shaped me life enormously: I gave birth to my son at St Mary’s, had my first job at St Mary’s, and am not ruling out going back to work at St Mary’s.

But I have always kept my interest in IBM. Recently, IBM and the Institute of Bioengineering and Nanotechnology in Singapore announced that they had created a molecule that could destroy all viruses. Of course, that got the world in a tizz, like wow!  After all, viruses are the main cause of the terrible illnesses in the world, from Ebola to HIV to killer flus.

You can read the article by clicking on this link.

Virus are not to be confused with bacteria. The treatment modality for both differs. So, it is pointless taking antibiotics for illnesses and diseases caused by virus. I wrote about it here for Huffington Post. 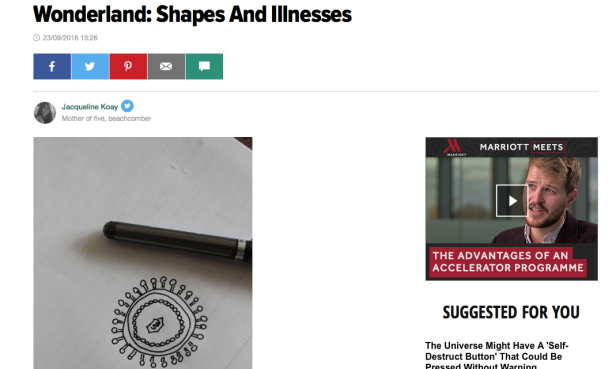 Viruses are extremely complicated. They can change and mutate (this is why flu jabs have to be given each year).  Recently, it emerged that the much-trumped protocol for preventing HIV is not as watertight as it was first made out to be. Two cases of PrEP failure on solo tenofovir pose significant research questions – you can read about it here. I have several friends with HIV (the virus is more common than ever), who are trying to live with it as well as hope for as miracle cure.

I am no virologist, but I am not excited by the IBM/Institute of Bioengineering and Nanotechnology in Singapore’s miracle molecule.  It will be years down the line.  It may only be affordable for the rich. And more damagingly, viruses could evolve new strategies for coping with this super-molecule.

The third point fills me with disquiet, because even the dumb bacteria have, over the decades, evolved immunity to humankind’s best weapon: antibiotics. Now, antibiotics immunity is endemic in many hospitals in developed country.  Healthy young people going in for routine surgery die as victims of MRSA (methicillin-resistant Staphylococcus aureus).

For me, cure starts with prevention. Now, that is something to get excited about – building a body that is able to meet the challenges of staying alive organically. We have to evolve alongside the clever viruses and bacteria, rather than rely on expensive medication.

Wishing you all the best x

3 thoughts on “Warding off nasty viruses”