I was meeting a couple for an early evening drink last night. We have been friends for ages. She’s 47 and he 41. They have a 6-year-old son, a much wanted late baby.

“We read to him every night and stay with him until he falls asleep, so we can’t make it until later, I’m afraid,” she said apologetically.

Ha! That’s early!!!! I am too used to seeing children – Asians and Caucasians – who are up at all hours. I recently had a conversation with my 17-year-old about how some of her friends are still up at 2am on weekday nights. For a few of them, it is the norm. What are they doing being up at that time, I asked curiously.

“Watching movies, texting each other, online stuff,” she enlightened me helpfully.

She, on the other hand, is in bed by 9.30pm, and gets crabby if we fail to deliver her home at the watershed hour. “Molded, I NEED to be in bed by 9.30!” She often bullies us into getting home early.

Her father and I are more relaxed about bedtime – I personally think 10.30pm – 11pm is fine for a 17-year-old – but G is adamant that it’s light off by 9.30pm. Perhaps it is because she has early morning football session several times a week?

No, she says. “I just hate feeling tired.”

It is indeed true. When she is awake, she is on the go firing on all four cylinders. So what does science say about this?

My mother, though a very lenient mum, had craftily instigated a 8pm bedtime by making bedtime magical, We always looked forward to crawling into bed with her at 8pm for a story and snuggles.

It is now generally accepted that people are of different chronotypes, depending on when they are naturally inclined to rise and go to bed. Apparently, a quarter are early larks, a quarter late owls, and half of us are somewhere between these two.

I needed my children to be in bed by 8pm when they were little, because I was an undergraduate with 3 babies and no paid help. Indeed, the Waldorf philosophy that I raised my children with also supports the establishment of routines like the seasons of the year. Whilst honouring the different chronotypes of individuals, I am also a strong advocate of instilling discipline, setting the infrastructure and establishing routine in the young.

When babies are young, they are cute and cuddly and it is all too easy to let them stay up for that extra time with us. But as I have observed as a mother of five children, we have to instill discipline, setting the infrastructure and establishing routine in the young. Especially with bedtime.  Because that cute, cuddly baby does grow into a teenager who stays up all night doing god-knows-what. And like it or not, we have to accept that we are designed to be members of a daytime species. We are not vampires. Tell that to your late-owl teenagers, please.

We might have moved to a 24-hour society but our bodies have not – we still need our requisite sleep to heal and rejuvenate. And the world works in daylight.

I hope this article in New Scientist will convince you that set bedtimes are a very good idea:

Photo: view from my bed at dawn. 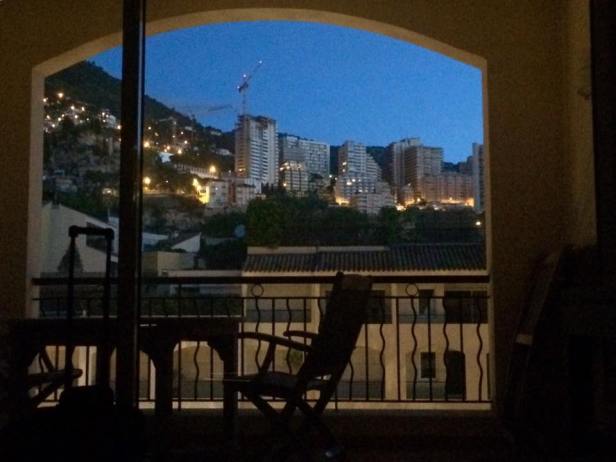