My daughter has been dating the same boy for the past three years, and in that time, our families have grown close …. it is natural, because the two most precious pieces of our family fabric are enmeshed with each other.  There is so much love between the two of them that it is only natural that we become kinsfolk of sorts.  We see each other on a weekly basis at church, family gatherings, school functions and also socially.  We also chat online often.

Thus, there is little that these two teenagers get up to that escape the attention of their families, like when they tried to sneak off together for a night away, we knew! And within this infrastructure, the young lovebirds have had a steady and nurturing relationship despite the challenges and turbulence of the teenage years. In fact, the boy’s mother knows as much as I do about my daughter.

Once, when they misbehaved, I apologised profusely to the boy’s mother. “I am so sorry,” I said. “You know what my daughter is like. Please deal with her as you see fit.”

She, the boyfriend’s mother, had graciously replied, “Yes, for sure G calls the shot. But it is also my son’s fault.”

Recently, I was away for two weeks. Upon my return, I realised that there had been several developments. My daughter’s father and the boy’s parents had worked behind the scene to make something happen, to sort out an issue that arose and also to make plans for their holidays together.  I was reminded once again about how much behind-the-scene efforts that go on to make this young love work.

I commented about that to my children’s father. “They are both so lucky,” I said. “Many teens have to hide their relationships from their parents.”

He: “Life is hard enough as it is.  The best way is to support them and work things out together.”

And I thought, what a lovely comment! Teenage years are often the time that frictions and divisions set into parental relationships with their children who are growing into young adults, challenging authorities, finding their own paths (our paths are never our children’s).  Many teenagers don’t tell their parents anything for the fear of disapproval or worse, namely sanctions and forbiddance.

It’s not about ‘spoiling’ children, or de-skilling them, but providing them with a positive learning environment, the way we did when they were tiny. This time, it is emotional growth, not practical skills, that they are learning.

People have commented to me, ‘Ugh, how can you stand some boy kissing your girl!” Well, my girl is seventeen, has hormones and is developing normally into a healthy young woman. This is part of her journey into womanhood.  Like it or not, it is going to happen … denial is not going to halt her sexual development until a time that it suits us parents (which will probably be never).  It is better to discuss what we find acceptable, what we find unacceptable and what is a total no-go zone:  better with our full knowledge, within a loving family framework and with reasonable rules, rather than heavy petting and fumbles in bike sheds and goodness knows where else.

I also thought to myself, if we teach our children how to use fork and spoon, walk on their own two legs, cross roads, ride bicycles, drive cars, why do we not make a conscious decision to teach them about something as important as adult love?

Who knows whether my daughter and her boyfriend will end up together for the rest of their lives or if they will drift apart as they grow. But one thing that is for sure, they both have been beautiful, enriching experience in each other’s lives, something to look back to with happiness in years to come. A large part of it being a happy experience is due to both sets of parents, I am sure.

I resonate with my children’s father’s sentiment: to teens, life IS hard.  Think about this. They have many challenges within themselves (body issues, insecurities, hormonal changes) as well as the external challenges (peer pressure, uncertainties about the future, changes afoot), so why not help them along a bit by being supportive in every aspect of their lives, even if it appears unpalatable, guiding them away gently towards better decision-making? That can only result in closer, warmer relationship during these difficult growing up years, building this bridge with our teens ❤ 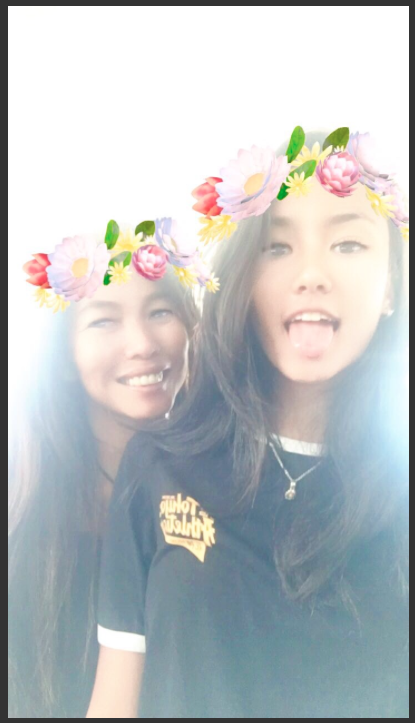