Yesterday, Ariana Grande and her popstar friends held a concert in aid of the victims of Manchester bombing.

Almost 30 years ago, my children’s father and I packed our meagre belongings into our little car (including a baby in the backseat) and drove up north to Manchester.

We didn’t want to go. We are both southerners, with typical southerners’ prejudice. But we had no choice: Manchester University was the only university then which offered affordable childcare for babies from 6 months old. My home university couldn’t offer me that.

Our first home in the north was provided by Stockport county council. It was grandly named ‘Covent Garden’ but it was nothing like the Covent Garden in London that I knew.  But what could we expect: rent for our 2 bed flat was only £35 a week. Never mind that the previous tenant committed suicide in the flat the month before, and her belongings were still there, crammed into the balcony waiting for family who never came to collect them.

Photo of Covent Garden, Stockport, from right move.co.uk. In recent times, the flat sold for £72,000. 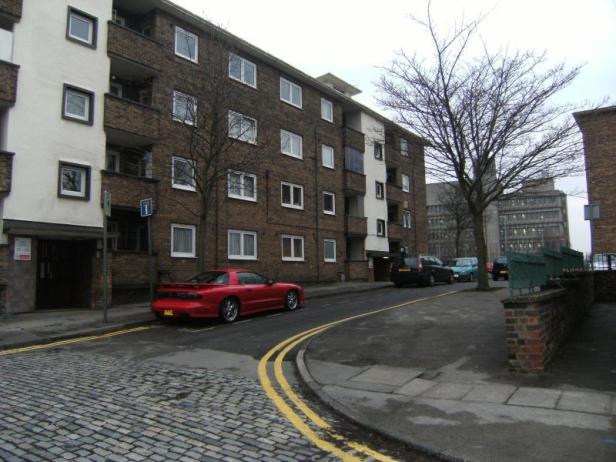 I hated the north. I hated being cooped up in a grey block. I hated everything. Though I look back at those years now with fondness. The people were kind. The old lady who lived in the flat below ours were always ready with biscuits for my baby and cups of tea for me. She must have known I was struggling, for she always had a cheerful word for me, “Never mind, dear, you will finish your studies, make lots of money and move far away from here,” she often said to me, though she was very happy living where she was.

We moved to a house in a council estate. It was the first house we bought! Our elation was short-lived, as a few weeks after we moved in, our neighbour tried to steal our car! In the neighbourhood I lived in, people were mostly unemployed, drank a lot, stayed up late at night watching football, and made lots of noise when we were trying to sleep.

I fought with them. My parents were aghast at our living conditions. I had two more children whilst in Manchester.  My kids began looking as if they belonged there. They – my kids – began speaking with Mancunian accents and dressed in clothes that my kindly neighbours gave me. I couldn’t afford to buy much.

One of my neighbours, a single mother with three children, gave me a lot of ‘good stuff’, that she got free from the council, because she was very good at exploiting the system. I demurred, but she insisted. “You’re one of ours, we take care of each other,” she said.

My children, seen in this photo, played with the neighbourhood kids out in the streets. Sometimes, they got up to mischief and got shouted at.  They made up games to entertain themselves. They watched the neighbours get arrested and taken away in police cars. Then, at the beginning of each holiday season, they smartened up and were put in the car to be driven southwards, to their grandparents’ homes in London and Portsmouth.

But my children always looked forward to coming home to Manchester to their friends at the end of the holidays, to their humble home in the Barlow Moor estate and to  the old lady who lived around the corner with her little dog called Susie. Those Manchester years were good and I am grateful to the people of Manchester. Thank you, Ariana Grande, for coming back to Manchester ❤ 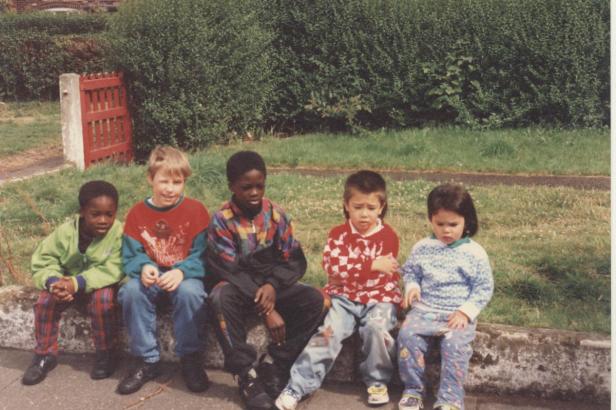