My children’s father did not grow up in a particularly salubrious part of town.  There were rough gangs of bully boys prowling in the grey, nondescript suburb, though admittedly, there wasn’t the sinister undertone back in those days.  His parents were not wealthy. In fact, his father had to do three jobs simultaneously to keep the roof over their heads. 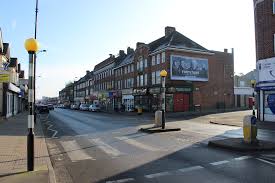 He grew up knowing that there were rich people and there were posh kids who went to private school (in his comprehensive, only three went on to higher education).  He knew there were blacks, “Pakis”, the Kray twins, Chinese people, white bully boys.

Life was not perfect.

But his home life was lovely, happy and free of ugliness. His mother worked as a cleaner, and she would take him along on her cleaning jobs. He was often spoiled by the nuns at the convent where his mother was the cleaning lady.  He went to the local football matches with his Uncle Ken. He went on holidays to the coast with other bus drivers’ families, sitting on windswept beaches eating packed lunches from home and endless cups of tea.

Life was not plentiful in terms of material things. His parents could not afford to buy him the best. There were bully boys waiting to ambush him on the bus and in school.  He wanted to be an architect, but in his teens, his teacher told him he was not good enough. His parents were too uneducated to fight for his ambition.

But he did not grow up feeling like a victim in an unfair world where the tough got the better of the weak, rich winning against poor, educated riding roughshod over the non-educated.

He did not grow up either with a huge ambition to live in big houses. And though his childhood was riddled with periods of financial lack and imperfection, he took that all in his stride with positivity and gratitude for the good, rather than envy, blame and bitterness against the emerging capitalistic society.  There are many people with a lot more who feel hard done by life.

My children’s father who did not have much grew up with the intuitive desire to recreate his happy childhood, because despite the very real injustices that happened to him, he saw the opportunities and the joy. That was the world between his eyes, and it was indeed a very powerful world. I strongly believe that this was the best thing ever (apart from his good genes) that he could give our children: the world behind their eyes.

For once you think you are a victim, you become the victim.

One example is that with the way genes work, two of our children look 100% Asian. Of course they experience racism in their lives, especially my son who chose to join the Navy as an Officer (imagine a 21-year-old yellow kid being the boss of a 45-year-old established, lower paid white guy who had been in the job for over 21 years who had an inborn prejudice against “bleeding foreigners”). But he never played the race card, not because he sucked up to the system, but because he carries within him the same equanimity that his confident, contented and emotionally secure father does – the recognition that the world is far from perfect and we all have a role to play to make it a better place. Not by shouting foul play, but by positive affirmative actions, I think the yellow kid has won over his men after six years.

Years ago, my daughter got into a fight with a bunch of Russian girls – some would say is it racism? – but in her eyes, she saw the incident as nasty girls being nasty. And there are always going to be nasty people in the world, whatever their colour, nationality and affiliation.   After all, their very white, blue eyed father was bullied by white boys and he was also victimised by the police (for being 21-years old, driving a crappy car in a posh neighbourhood when he was at college).

WE create the world we want to live in. Mahatma Gandhi said something very similar decades ago and it still holds true, even stronger today with the backing of the latest research in theoretical physics and psychology.

By never feeling like they are the victim, I believe that my children are able to be happy and feel secure in their place in this world. This is a great contributory factor to their success, because how we perceive the world is how the world becomes for us. In recent years, this notion has become mainstream: that we create our own reality. New Scientist is abound with reader-friendly articles on this topic.

This is one of my favourite illustrations that I found on the internet. It is beautiful!  Just see how many different pictures we can create from seven dots!!! 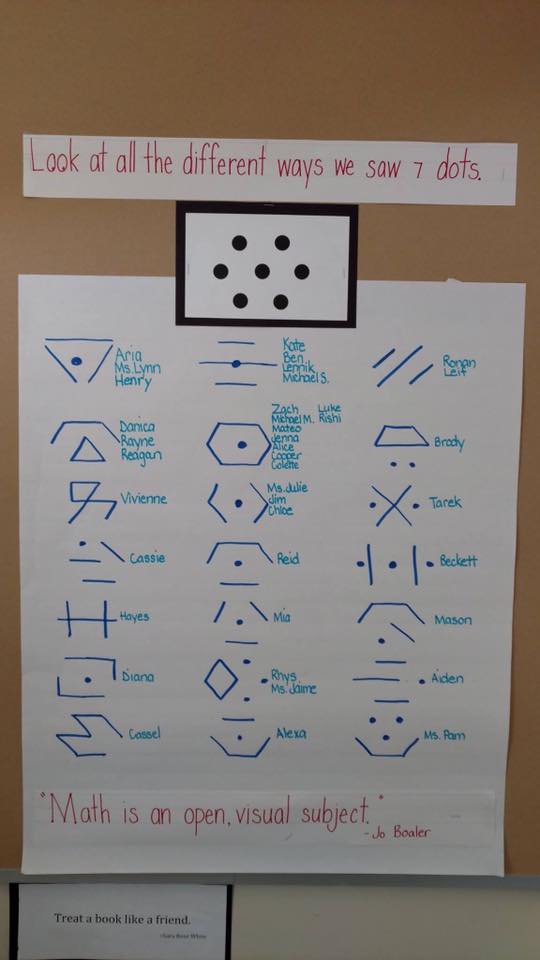