Love or hate celebrities, but one thing you gotta admire is the constancy 19-year-old Brooklyn Beckham is seen taking his little sister Harper out.

From these photos and many others, it is very obvious that the two siblings, despite their age difference, are very close and comfortable with each other.

I am blessed that I see the same closeness in my children – my 17-year-old has a permanent room in her 29-year-old brother’s house, “just in case”. It’s only a small room in a small house. And whenever he could, he takes such a good care of her. Recently, he drove for hours in a snowstorm just to say goodbye to her. 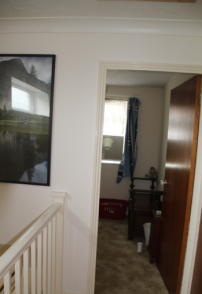 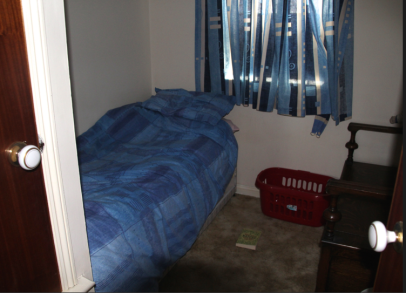 It’s lovely to have such security in this uncertain world, I think, to know that there is someone who will always be there for you even when your parents are gone. And sometimes, it can make a big difference between life or death, success or failure, happiness or sorrow.

But here’s the thing: it’s not only the young siblings who benefit from having hands-on, protective, older siblings: the older ones benefit, too.

This is an article in the Huffington Post, about a new study that shows younger siblings ensure their big brothers and sisters don’t grow into big assholes — no easy task. You can read the article here. 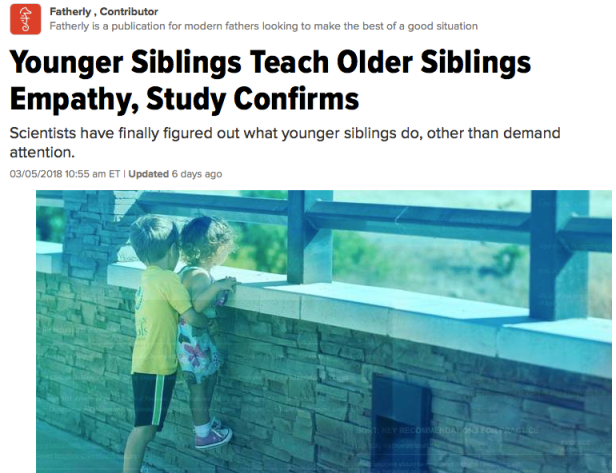 Until now, younger kids have generally been regarded as attention hogs who learn plenty from their older siblings but don’t give back much.

But here’s the thing, the point of my post: I strongly believe that parents have a big role to play to ensure sibling closeness.

Someone once told me that he is not close to his older siblings because they were 7 years older: “How could I? They were about to leave home when I was a boy.”

Age difference shouldn’t be a factor. And neither should geography be.

But this is an imperfect world. We let geography, being busy and any old excuse rob us of our old childhood bonds. At different times of my life, I was close to my different brothers, but my mum – I didn’t see it till much later – had always sought to foster closeness between all her children. Even when I was busy with my young family and had no time for my younger brother (who was living the high life in Australia, and whose life could not have been different from mine), my mum kept telling me what my younger brother was up to. My brother was having such fun and doing so well, whilst I was stuck with babies and a huge mortgage. I had grey skies and he had Bondi Beach. Many times, I got annoyed with my mum: it was as if she was rubbing my nose in it.

And then my older brother got divorced and decided to bury his head in the sand for a while.

But during those years, I was forcibly kept in touch with the going-ons in my brothers’ lives. Because my mum had simply refused to allow us to let go of each other.  And for that I am grateful, now that I am 50 and enjoying close relationships with them. Yes, definitely, parents play a HUGE role in fostering sibling closeness. That don’t happen by magic 😉