I am blessed that in my charmed life, there had been very few who hurt me, less than a handful I would say, but they are there, nonetheless, though much faded by the years.

One of those who had hurt me was a man called Jack Mulloy. He was my maths teacher, and at that time, I needed to be good at maths, because it was the only thing I could do (and truly, I was good at maths). I needed his endorsement more than he could ever know, because I was a troubled teen and was socially awkward amongst my peers; I needed to be good at something to be accepted by this group of cool kids.

But Jack Mulloy wasn’t going to give me that. He was an old school sort of guy who wore his black academic cape whilst teaching O level maths. And he was very old. He didn’t like arrogant, brash geniuses in his class. He preferred to teach and lavish praise on the two Scottish boys who sat behind me, simply because they worked very hard. It irked me, because those two weren’t nice to me at all. They kicked my chair, made snide comments about me that I could hear, put glue on my long plaits (“It’s semen”) and jostled me intimidatingly whenever they could. They snorted derisively whenever I answered a question. But Mr Mulloy couldn’t see or hear all that – all he saw was their heads bent studiously over his ridiculous maths exercises that I could do in my sleep and all he heard was their “Yes, Mr Mulloy, sir.”

I was suspended from school twice for calling Mr Mulloy some terrible names, but the best revenge was giving him a cold that laid him low for several weeks (he was old). I almost killed him and my vengeful teenage heart wasn’t sorry.

By contrast, my biology teacher, Mr Phil McKeown, was a ruddy, blustery, unkempt, middle-aged Englishman who laughed a lot.  He knew I struggled socially and with my studies, and he always made the biology lab open to me. In fact, he even let me keep my two pet snakes in the lab (and they were poisonous mangroves). Mr McKeown’s biology lab became my sanctuary and I would spend long hours here. It was not uncommon to find me in the biology lab at 8pm, when the whole school should have been locked up.

The reason was also because I had a schoolgirl fling at that time with a dark, dangerous, brooding boy (who has since become rather famous) whose photography darkroom was a few doors down from the biology lab in the basement.  Me and this boy rendezvoused down here in the basement, and of course Mr McKeown knew. He stumbled onto us more than once in our fevered adolescent clinches, but he continued to provide alibi for me to the two strict and suspicious Housemistresses who was perturbed by how much time I was spending in the biology lab with a divorced, middle-aged, male teacher. But Mr McKeown had been nothing but fatherly to me, perhaps overstepping his mark as a teacher, but I got the feeling that he understood and wanted to help.

Sadly, I did not pass my biology O level with Mr McKeown as my teacher, but I did get there in the end, with a grade B at A level, the highest score in my dismal school career.

Years later, I would sit in the vast anatomy lab at Manchester Medical School, trying to pass bloody anatomy which I have no aptitude for, and daydreaming instead about my time messing around after hours in a biology lab a long way from here. I wanted to write to Mr McKeown, just to tell him that I passed my first year, albeit by 1%, but I never did. I ran down Oxford Road in Manchester, whooping, shouting his name and telling the world that he’s bees knees.

But the maths genie within me never died. It came to my call when I needed the money: I worked in investment banks in the City of London for several years. My maths ability never defined me either, though it could easily have done so, had Mr Mulloy been more indulgent towards me. Who knows, I might have been a big-headed, socially maladjusted maths professor somewhere, living a lonely life, too wrapped up in my own glory to live authentically and form meaningful relationships.

Mr Mulloy had kicked me out into the real world, rather than allowing me to glorify in my genius. IF he had allowed me that luxury in my teenage years, I would have entered countless Maths Olympiads, chased A’s, drilled my youth away on pointless exercises, got stressed over losing my gift. Instead, I had a glorious (but brief) teenage affair with a gorgeous young man (I still get a kick whenever I read about his exhibitions), rode horses endlessly, formed an unholy alliance with another social outcast like Mr McKeown, drank a lot in Smugglers Barn, found myself in Angel’s Garden, lived life to the full. Those had been such incredible, memorable years.

I have to be grateful for Mr Mulloy’s slight, which became a bad hurt in my teenage soul, but it was a spur that compelled me to live a full and balanced life.

Mr Mulloy, I know you are dead now, but I want to thank you. I learned your maths, which is about being slow and methodical, working patiently on proofs and never celebrating vanity.  Your maths had brought me here, where I will begin my new career at 50. 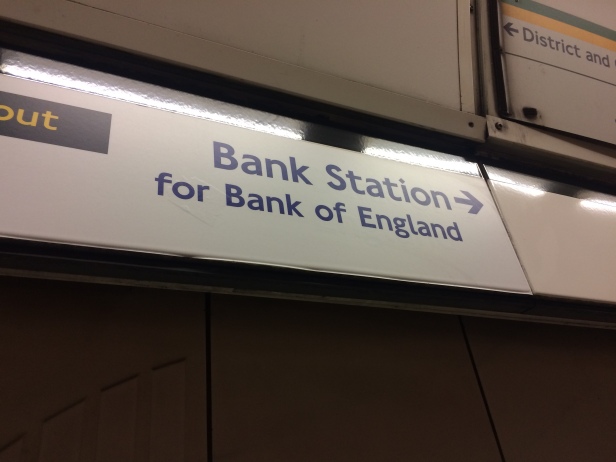 Thank you for hurting me. And to the couple of others too, whose actions have moved me to a better place 🙂